Hi everyone, it's Silje!

Spring break ended this week, and while it is good to be back in routines and see people on campus again, I would be lying if I said that having a week off school wasn't much needed... And in honor of being back to reality, I figured I should have a little spring break recap!

I started off spring break at the Seattle airport, headed over to California for a long weekend! My boyfriend's family lives down there so we figured that this would be the best time to go see them for longer than just a couple of days. We landed in Sacramento pretty late in the evening so we just drove an hour over to Vallejo, and went straight to bed. The first morning, we did a little tour around Vallejo (it was my first time there!) where we grabbed some lunch on First St. in Benicia, Mare Island, I had In-n-Out burger for the first time, and we went to see some of his friends and family to catch up. 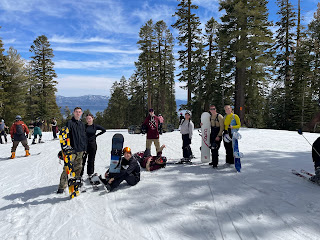 On the second day, we woke up bright and early at 5.30 AM to head over to the Mountains in Lake Tahoe! Lake Tahoe has multiple ski resorts (I had no idea you could go skiing in California), so we spent most of our day up in North Star skiing and snowboarding with his friends and family. It was bizarre going skiing in 60-degree weather - we even ended up getting sunburnt! On the way back, we drove around Lake Tahoe to get some pretty views in before the day was up.

On our third day, Sunday, we spent the first part of our day on a Good Guys car show! It was really cool - they had a market with random things you could buy, all from small nicknacks, posters, cool traffic signs like a Route 66 sign, and car parts. On the other side of the car show, there were old, authentic cars from as far back as the 60s. Some of them were original and really well kept, and others were completely redone with new paint and custom designs. After the car show, we went to his house for a good-old game night. 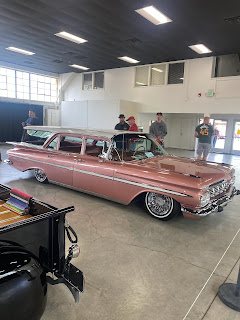 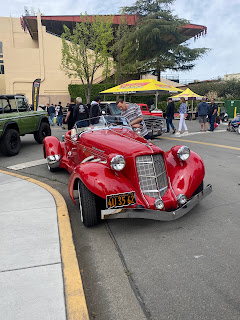 On our last day, Monday, we spent the day going out to lunch and dinner with his friends and family before we had to pack up and leave (sadly).
For the rest of spring break, nothing too exciting happened - we went out to a couple bars with a few friends, we went shooting at a shooting range, and took a quick trip to IKEA for some small necessities before school went back into session.
That's all for now, folks!
Until next time,
Silje.