It's been a while, and I'm glad it's my turn to blog again! During Spring break, my buddy Alex and  I traveled to Phoenix, Arizona for the first time. The weather was fantastic in Arizona, and I met my old friend who went to the same college that I attended in WA, another friend who I met online (Army-related) and attended an NBA game.

Overall, it was a great first time experience to Arizona and I would definitely recommend it as a travel destination to others. I would surely head back in the future.

Moving on to school life, well, ROTC life, on April 19th, I was selected as the Battalion Cadet Command Sergeant Major (CSM) at school. As a result, I have much more responsibilities and my cadre and peers expect a lot more from me. I'm excited for the challenge and opportunity and am looking forward to the upcoming year. As the CSM, I'm primarily responsible for the discipline, accountability and presence of cadets at PLU. Here are some pictures from the Change of Responsibility Ceremony that was held on the 19th.


Finals are not too far away now, and this semester has just seem to have flown by. It has been an interesting journey, and I've learned a lot and felt like I've improved in many ways. Life at PLU is always great, and I encourage you to come visit, and even apply to PLU!


Until next time!
Joel Goh

This weekend I had the opportunity to travel to Denver, Colorado for the United States Universities Debate Championship! This is the largest British Parliamentary debate tournament in the country with 212 teams competing to be the national champions.

On Thursday morning, the PLU Debate team woke hours before sunrise to travel to Sea-Tac Airport for our flight to Denver. Since it is still spring in the pacific northwest, the weather has been stormy and not very warm. When we walked out of the airport in Colorado, the weather was the exact opposite. The sun hit our faces with warmth that most of us hadn't felt
for weeks which started the weekend off great! 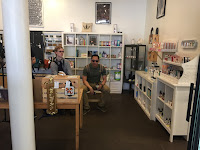 Once we got to our hotel, we saw debaters for other schools in and out of our region. Some of our favorite teams
are Northwest University, Seattle University, and Willamette University, so it was exciting to see friends. After we settled into our hotel room, we headed to the Dessert Bar of Denver for ice cream, cake & cookies as a reward for a day of traveling.

Friday was our day of exploring while two PLU teams competed in America's Cup, which is an opportunity for teams to be constructed of coaches, former debaters, and individuals from different schools. While the PLU teams were debating, my debate partner and I explored the city of Denver. We walked the city and stopped at the Colorado capital building, the Federal Reserve, and Leela's Kitchen (which has amazing ranch dressing!). 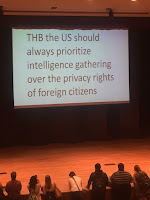 The tournament started on Saturday morning and went late into the night after the fourth round finished. We debated topics like the privacy rights of American citizens, the power of social movements, and basic living income.

The national tournament is a great opportunity to connect with teams across the country. In any given round, Matt and I were debating against teams from New York, Florida, and California in addition to many other states. This is exciting because each region of the United States has different debate norms and styles and interacting with them gives us the chance to evolve into better debaters.

USUDC was our last tournament of the year, and will be my last debate tournament of my undergraduate debate career. It was a great weekend of sun, debating and friendship among Lutes!

I hope everybody had fun in break, and has emotionally and physically charged up for the rest of our spring semester.

Even though my spring break didn’t include any exciting adventures to explore places, I have fulfilled my need for relaxation—catching up with my sleep as well as exercise. Other than that, I have tried out a new recipe for Matcha Swiss Roll.  Swiss Roll has been my favorite dessert of all time. When I was back in China, I would even have Swiss Roll for breakfast. Unfortunately, ever since I have come to US, I haven’t see any grocery store or bakery selling them. That’s why I have made up my mind to make Swiss Roll. For those who don’t know Matcha, it is finely ground powder of green tea. It is common to use Matcha for tea instead of a tea bag in Japan. Anyway, Matcha is one of my favorite flavors, and I have used it to make Matcha cookies before. 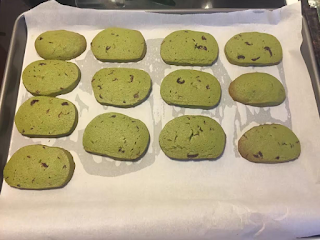 As we just finished our spring break, do you know that one of the “holidays” called QingMing festival is taking place in China? QingMing festival (tomb sweeping) is on April 5th, and it is to commemorate, or to show respect to our ancestors. People usually go back to their hometown where their ancestor were buried. For my family, we will either go to a temple or stay at home to proceed our “ceremony”.  What most of family do is to prepare food including a whole chicken, a couple tangerines, and either several shots glasses of Chinese soju (alcohol) or cups of tea. In addition, we also burn incense and “paper money” to serve our ancestors so that they could live comfortable lives. At the same time, we also pray for blessings from our ancestors. It is also a time of year when family gather together to enjoy each other’s company.

Spring break was fun but we surely are not letting the fun cease. ISS is planning a trip to visit Terracotta warriors exhibit this coming weekend. Even though we won’t be able to travel to China to see, we have the opportunity to see them in Pacific Science Center in Seattle. Terracotta Warriors are magnificent. Each of terracotta warriors is presented to have a unique “personality” (facial expression), and they were buried with the first emperor, QIN SHI WANG  in China. They continue to serve as “body guards” to protect the tomb.

A little story I was told about QIN SHI WAN when I was little. He was so paranoid about losing his empire that he had someone to drain mercury in the pit surrounding his tomb so that nobody can cross to steal or invade his empire. Isn’t it fascinating, and mysterious?